How to Soften Hard Water

Disclaimer: Water Tech Advice is supported by readers. If you buy something through a referral link on our site, we may earn an affiliate commission at no extra cost to you. Learn more.
Last Updated on June 30, 2021 |

Craig Smith
You may understand that you have hard water and are experiencing the problems that go along with that, but have you ever stopped to wonder how to soften it and the methods that are available to do this?

There actually are several different methods that are used to remove or alter the unwanted minerals found in water that make it ‘hard’. This includes devices that use everything from advanced filtration to salt and electricity to help make softer water for you.

I am all too familiar with the negative impact of hard water and trying to control it thanks to my many years working in the swimming pool and spa industry.

In this article I will go over the signs that indicate you have hard water, how to soften it, the basic types of water softeners that are available, and do a quick comparison between these.

What are the Signs of Hard Water?

If you have hard water, you will most likely be able to determine that without any fancy water testing needing to be done. That’s because the signs that hard water leaves behind are very obvious.

How to Soften Hard Water

Before you learn how to soften hard water, you first will need to know what’s in water that makes it form scale deposits and cause other unwanted problems.

Most hard water problems are caused by the presence of minerals such as magnesium, iron, calcium, and other metals that have positively charged ions. These minerals are mainly picked up by water as it flows down through limestone, chalk, and gypsum deposits in the earth.

Softening water is simply the process of removing these nuisance-causing minerals. How each type of water softener does this will be discussed next.

For purposes of clarity, it’s good to note that hard water-causing minerals are more of a nuisance than they are a threat to your health. Most are even beneficial for you in small amounts.

The Basic Types of Water Softeners That Soften Water

Here are the most commonly used types of water softeners and how they work.

One of the oldest and most popular methods for softening water is called ionization. It’s also the truest form of water softening that’s available.

This is done through the introduction of negatively charged salt ions into the system. Salt pellets are emptied into what is known as a ‘brine tank’. The salinated water from the brine tank is then mixed with the source water in the ‘resin tank’.

The resin tank is called such because it has resin beads inside of it. During the water softening process, the negatively charged salt ions are ‘exchanged’ for mineral ions in the water as the brine and source water combination is forced through the resin beads.

Newly treated soft water is then allowed to flow into your home’s water supply while a rinse cycle removes the minerals that have become trapped in the resin beads in the system.

Drinking water that has been treated by an Ion Exchange type water softener that uses salt in the softening process may increase your daily salt intake. You must be mindful of this because this additional salt intake may adversely affect your health.

In a Harvard Health article, Nancy Cook, a professor of medicine at Harvard Medical School, had this to say about the potential health impact of having too much sodium in your system.

“There is a fairly undisputed effect of sodium on blood pressure,” says Cook. “The effect is even stronger in people with high blood pressure (hypertension)”

These water softeners are fast becoming popular because they are eco-friendly and require very little maintenance. It must also be said that they do not actually remove any minerals from the source water during the softening process.

They work by adding a catalyst that will take normal-sized mineral particles that are found in water and turn them into much smaller nanoparticles.

These smaller mineral particles are not visible when they get on fixtures, faucets, and other surfaces and they tend not to build-up to the point where they can cause other problems.

A chelating agent in water softeners can best be described as a chemical compound that reacts with metal ions to increase those ion’s stability and solubility.

This chemical binding takes away many of the undesirable effects of hard water.

The most typical chelating agents that are used in water softeners are EDTA, NTA, Sodium Tripolyphosphate, and citric acid.

These types of water softeners also come with one major drawback. That’s that they produce acidic soft water that is not recommended for consumption.

Magnetic water descalers work by passing source water through a magnetic field which renders mineral ions unable to attach themselves to surfaces and form scale.

It’s the most environmentally-friendly way to soften water because it doesn’t rely on chemicals or salts to work.

The more powerful the magnetic field a magnetic-based water softener creates, the more efficiently it works.

These types of water softeners are also known as Electrically Induced Precipitation softeners.

They use an electric current to precipitate minerals out of water to soften it.

Unfortunately, they only eliminate up to around 50% of scale and they can be expensive to run if they are used for large-scale water softening.

In these systems, an electrical current is used to significantly reduce concentrations of metal ions.

They work very well when it comes to softening water but about 25% of the water that passes through them is wasted out of the system.

This system also requires regular backwashing to clean the trapped metal particles out of the tank.

These water softening devices could be considered to be water softeners on steroids. That’s because most of them do much more than just filter out unwanted minerals.

Reverse osmosis systems use a combination of an active carbon pre-filter and an advanced membrane to filter out a very large percentage of harmful and annoying contaminants that are found in your home’s source water.

They are proven devices that are excellent for taking water softening and purification to another level.

As the name implies, these are attachments that are used in place of more traditional showerheads and soften water using a small filter.

Due to their small filter size, they only remove chlorine and some minerals.

Here is a chart comparing the above-mentioned water softener types:

Don’t Put Up with Hard Water Problems Any Longer

As you have found out from reading this article, hard water is not something that you should ever want or have to live with.

There are just way too many problems associated with having it and way too many benefits that you get from softening hard water.

This is especially true considering all of the different methods available to effectively soften water and that one or more of them will most likely fit into your budget range.

So strongly consider what you have read here about the benefits that softer water offers you and be proactive when it comes to eliminating your hard water concerns. 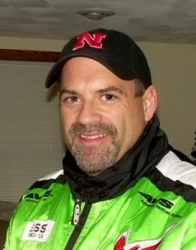