Home » Water Education & Testing » How to Remove Lead from Water

How to Remove Lead from Water

Since 2014 with the Flint water crisis, lead has been a heavily scrutinized contaminant in drinking water. It poses both environmental and health risks, and the EPA has set the maximum contaminant level goal (MCLG) for lead at zero ppb (parts per billion).

While you would hope that your water meets this goal, if your home was built before 1986 there is the potential for lead to be leaching into your drinking water.

This guide will explain the basics of lead, how it gets into your water, and how to remove it so that you can rest assured your drinking water is safe for you and your family.

How Does Lead Get Into Drinking Water

Lead is a naturally occurring element that can be found everywhere from the air and soil to bodies of water. It has many uses from car batteries and ammunition to radiation shielding, but before its toxic effects were well understood it was also used in commodities like paint and water pipes.

Using lead for plumbing started with the ancient Romans, and continued even in modern history to be used in homes and municipal water systems. It wasn’t until the 1920s that building codes started to prohibit or limit lead plumbing use in homes, and pushback from the Lead Industries Association ensured that national plumbing codes allowed the use of lead up until 1986.

While no new lead pipes were being laid, the Act allowed lead plumbing lines that were already in place to remain. Brand new pipes made of lead won’t introduce harmful lead salts into your water – the problems start when those pipes undergo corrosion.

Corrosion is when the water interacts chemically with your piping, causing it to start dissolving or wearing away. This releases the lead into the water, which forms salts and is carried to your home.

The Lead and Copper Rule instituted in 1991 requires public water systems to monitor lead levels and requires them to replace all lead piping if the levels reach 15ppb, but 15ppb is certainly higher than the EPA goal of zero.

This means that, thanks to ongoing corrosion, potentially unsafe levels of lead can be leaching into your water for a long time before the city or local water provider has to legally do anything about it.

Young children, infants, and the unborn are the most at risk for negative effects from lead. The potential health effects in children are a lower IQ, behavior and learning issues, slowed growth, hyperactivity, hearing problems, and anemia.

Lead also accumulates in our bodies over time and gets stored in our bones rather than cleared. It’s released from our bones during pregnancy, and the potential effects on the fetus are reduced growth and premature birth.

How to Remove Lead from Water

Once corroded pipes release lead into the water supply, filtration is the most reliable way to get it out. There are four main filtration methods that are used to remove lead from water:

Reverse osmosis (RO) works by using pressure to force water across a semi-permeable membrane that allows water molecules to pass but not dissolved or suspended contaminants.

Water naturally wants to go where the concentration of dissolved substances is highest, which is called osmosis. Since the filtration process forces water across the membrane and away from the concentrated contaminants, the process is called reverse osmosis.

This effectively removes a wide array of contaminants – not just lead – but RO filters are not commonly found in whole-house systems. This is because they tend to be less and less efficient and waste more water the larger the system is, so they’re mostly found as point-of-use systems for a single faucet.

Activated carbon is a form of charcoal that removes contaminants through adsorption and forms microscopic pores that allow water to pass through but not larger contaminants. The activated carbon surface adsorbs lead, but the effectiveness of the process depends on certain conditions.

For example, water at an acidic pH will allow more lead to be adsorbed than water at an alkaline pH. Not all activated carbon is created equal, either – so many manufacturers will have their products independently tested by the Water Quality Association (WQA) or National Sanitation Foundation (NSF) to ensure it meets the quality standard for lead reduction and removal.

KDF stands for kinetic degradation fluxion, which is a fancy way of saying it uses copper-zinc granules to undergo redox (oxidation/reduction) reactions with contaminants in water to remove them.

When lead contacts the KDF media, the copper-zinc particles donate an electron to the lead particles. This causes the lead to shift into its insoluble form, and precipitate out of the water in a form that is easily captured and removed. KDF also works on several different heavy metals in addition to chlorine and microorganisms.

Distillation is a time-intensive filtration process where water is heated up until it vaporizes, leaving its contaminants behind. The purified water vapor is then re-condensed into liquid form. This works because water boils at a lower temperature than most contaminants – including lead. Because the process takes a fair bit of time and energy to complete, it’s rare to find distillation systems made for home use.

While boiling water is a great way to remove microorganisms, it won’t do anything to remove lead or other dissolved contaminants. In fact, because boiling water causes some to evaporate, you actually make the contaminants more concentrated because now they’re present in the same amounts but with less water.

Ion exchange filtration, which is used primarily in water softeners, is hit or miss when it comes to removing lead. It depends a lot on the pH of the water and the specific ion exchange media used, so you’ll want to make sure a product is NSF or WQA certified for lead removal before relying on it.

Other Ways to Reduce the Risk of Lead in Water

If you’re concerned about lead being present in your water but you’re not able to install a home filtration system, you can flush out your plumbing before using water for drinking or cooking to lower the likelihood of high levels.

For example, running a load in the washer or taking a shower (lead can’t be absorbed through the skin) before pouring water for drinking would help, or even just running the faucet for 10-15 minutes.

Water temperature also affects the amount of lead present, since more lead is released from corroding pipes when they interact with hot water. If you believe your home may have lead piping, limit your hot water use to things that don’t involve water consumption.

You can get a water test kit to find out exactly what amount of lead and other contaminants are present in your water, and then take measures from there to reduce your exposure.

Lead is a natural but toxic element that was used to make water pipes up until 1986. When lead pipes corrode, that lead enters the water supply and can cause detrimental health effects – especially for young children and fetuses.

Reverse osmosis, activated carbon, KDF, and distillation are four filtration methods that remove lead from water, and you can also reduce the risk of ingesting lead by flushing out your pipes and avoiding consuming hot water from the tap.

Lastly, make sure to check out our top-rated lead water filters if you’re looking for a solution for your home. 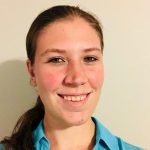