We hear the terms “Hard Water” and “Soft Water” thrown around a lot, but what do they actually mean?

We will break down the differences below and go into more detail on the positives and negatives of each type of water.

What is Hard Water?

Hard Water is water that contains minerals such as calcium and magnesium carbonate. These minerals dissolved as the water passed through layers of sedimentary rock during the water cycle.

Dissolved minerals such as magnesium and calcium remain suspended within the water as it passes to the groundwater, and when it is drawn off again to supply homes, businesses, or industry the suspended particles are taken too.

In small quantities, hard water causes no harm and can even be beneficial to human health – calcium aids in bone strength, and magnesium regulates blood pressure and aids in brain and nerve function.

Unfortunately, in larger amounts, they cause very hard water which can cause scale buildup on home appliances, stains, bad tasting water, and issues with washing machines and soap lather.

What is Soft Water?

Soft Water can be a confusing term.

Soft water is simply water that is naturally low in minerals.

Whether water has been treated with a water softener or it is naturally low in minerals like magnesium and calcium it is considered soft.

Technically before the water was treated it was considered hard because it contained a good amount of hardness causing minerals.

If the water from your main supply has not been softened within your property, then your water is most likely hard unless you live in an area with naturally soft water.

There are several benefits to “Soft Water”, and they all counteract the disadvantages of “Hard Water”:

Lastly, you may ask yourself if soft water is safe and fine to drink compared to regular water with minerals included. In short, yes it’s fine to drink as long as your are getting minerals from your diet which most people are.

The primary advantage of Hard Water is that it provides minerals that the human body needs but can be difficult to find in some diets. Calcium can be found in milk, cheese, and yogurt while green leafy vegetables such as spinach and kale are a source of magnesium.

In people with strict diets (such as Vegans) or those who eat a lot of processed foods over fresh vegetables and fruit, deficiencies in these nutrients can develop.

Given that “Hard Water” is a natural state and has been so for thousands of years, it should come as no surprise that Hard Water is palatable and generally agreeable to drink.

Drinking Hard Water can be beneficial for health.

However, the process of getting it to the faucet can be disastrous for the plumbing within your home.

The minerals suspended within the water supply are deposited within pipework and water cylinders, which if not addressed can cause failures that are usually costly to repair.

Within pipes, the scale reduces the area of the pipe which the water can move through, eventually cutting the supply of water altogether.

This is particularly problematic where in-line water heaters are fitted, which rely on pressure sensing to operate as these will not register the low flow and hence will not work.

In storage tanks and hot water cylinders, the build-up of scale prevents the natural expansion and contraction of the metal which occurs as the temperature rises and falls.

This eventually causes complete failure of the metal, usually in the form of distortion, which leads to the sheet splitting. If the tank is in use when this happens there will be a major leak and where these systems are connected to the mains supply, the flow of water will continue from the rupture until it is manually shut down.

It is no surprise that the repair bills from domestic failures such as this often run into tens of thousands of dollars.

Similarly, scale build-ups in industrial settings can lead to the same problems. Due to the specialist nature of the plant the repair bills run even higher, in addition to the money lost in having to shut down the process whilst repairs take place.

The main benefit of Soft Water is that it has been treated to remove the minerals which cause scale within pipes and plant items.

In homes and hotels, Soft Water supplies are prefered for use in washbasins and toilets as they don’t leave deposits on the ceramic and likewise they don’t react with soap to leave the soap scum residue behind. For this reason, softened water is also prefered in commercial kitchens to serve wash-up stations and dishwashers.

In industrial processes, water softening is used as a pre-treatment to minimise the risk of scale build-up. In some industries where insurance may be in place to cover financial losses from repairs and equipment failures, water softening is often a requirement to keep the insurances valid and regular testing is mandatory to confirm the water softness.

For all of the benefits of soft water in applications, soft water generally isn’t pleasant to drink (although we are often asked “is soft water bad for you” and there is no evidence to show that it is unsafe to be drinking soft water vs hard water).

The introduction of a water softener brings with it costs, both for the softener and installation itself as well as ongoing running costs in having the unit maintained and filled with salt.

If the softener is not set up correctly the water can be too soft and it will feel “soapy”, which in itself is unpleasant and can accelerate salt usage in the unit.

As we have briefly covered above, the main differences between Hard and Soft Water are laid out below.

How to test for Water Hardness

Water Hardness Testing Kits are readily available online and are very accurate at determining the hardness of the water from your tap.

These kits usually sell for less than $15 and the simplest versions involve running water from your faucet over a test strip. This strip will react to the minerals in the water and change color.

A comparison chart is provided so that you can easily compare your strip and judge water hardness.

Given their low cost, anyone considering installing a water softener should invest in a testing kit to gauge the level of hardness in their area. This can also be used to estimate the running costs of a water softener.

Besides conducting a test, you can also take a look at a water hardness map to get a basic estimate of how hard the water might be in your area.

Water softening is the only tried and tested means of reliably reducing the minerals within the water supply which cause scale and give water “hardness”.

These are the most common type of water softener and use ion-transfer to remove the scale-causing minerals from the water supply.

Salt-free water softeners do not remove scale-causing minerals from the water supply, but rather aim to disrupt the molecular make-up of these minerals to stop them from sticking to surfaces.

In theory, this means that the scale does not accumulate on the inside of pipes and storage tanks however although these units can be partially effective, they generally do not perform as well as traditional salt-based softeners in terms of overall scale prevention.

More often seen in commercial or industrial settings where water usage is far greater than a normal home, as the name suggests Dual Tank Water Softeners operate from two tanks. Given that all water softeners must shut down to self-cleanse, a Dual Tank softener always has a tank available to treat the incoming water – while the first tank is cleaning the second is operational and vice versa.

It is rare to find these in homes and although many water treatment companies recommend them, for the extra cost there is little benefit which couldn’t be achieved by installing a basic timer so the softener flushes itself at night when use is minimal.

Magnetic Scale Inhibitors are pipe mounted devices. They work differently from the other softener types, all of which treat the incoming water, as they use a magnetic field (as the name suggests) to draw the scale-causing minerals out of the water supply.

These scale inhibitors have a limited lifespan (no more than 3 years usually) before they require replacing but they are simple, cheap and reasonably effective at reducing scale without changing the taste or feel of the treated water whilst incurring no additional running costs beyond the cost of the unit itself – all benefits over traditional water softeners.

While shower head units do filter the water which passes through them, the name of these units is misleading – they are water filters, not active softeners.

As with other water filters on the market, different shower head filter models can remove rust, sediments, chlorine, VOCs, tastes, odours, bacteria and discolouration from the water, which may include some of the minerals which cause scale.

Unfortunately by the time the water has reached your shower head it has already deposited minerals within the supply pipes and so while they may make for a more pleasant shower, shower head water filters are not a substitute for a purpose-designed water softener.

If you are worried about the effects of Hard Water in your home and don’t have a softener installed you can always treat and flush the pipework with a scale remover to insure against any imminent problems arising from scale. This ought to be carried out before a water softener is fitted, to be certain that the mechanical installation is in good condition and to maximise the benefit of your investment.

Regular cleaning of sinks, toilets, baths and shower trays and screens stops the build-up of scale getting to a point where it becomes a major task to clean, and will also protect the finish of those fittings.

Hard water vs soft water is simply a comparison of water that has been treated for scale prevention and that which hasn’t.

If water hardness is a factor in your area, and a simple test will tell you, a water softener is the most reliable way to ensure that your home is protected from damage by scale build-up.

Although they can be an investment, they could save you thousands of dollars in the long term by protecting your home from catastrophe by investing in a water softener. 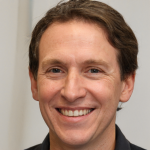